The Dodd–Frank Wall Street Reform and Consumer Protection Act (commonly referred to as Dodd–Frank) is a United States federal law that was enacted on July 21, 2010. The law overhauled financial regulation in the aftermath of the financial crisis of 2007–2008, and it made changes affecting all federal financial regulatory agencies and almost every part of the nation’s financial services industry.

Responding to widespread calls for changes to the financial regulatory system, in June 2009 President Barack Obama introduced a proposal for a “sweeping overhaul of the United States financial regulatory system, a transformation on a scale not seen since the reforms that followed the Great Depression“. Legislation based on his proposal was introduced in the United States House of Representatives by Congressman Barney Frank, and in the United States Senate by Senator Chris Dodd. Most congressional support for Dodd-Frank came from members of the Democratic Party, but three Senate Republicans voted for the bill, allowing it to overcome the Senate filibuster.

Dodd-Frank reorganized the financial regulatory system, eliminating the Office of Thrift Supervision, assigning new responsibilities to existing agencies like the Federal Deposit Insurance Corporation, and creating new agencies like the Consumer Financial Protection Bureau (CFPB). The CFPB was charged with protecting consumers against abuses related to credit cards, mortgages, and other financial products. The act also created the Financial Stability Oversight Council and the Office of Financial Research to identify threats to the financial stability of the United States, and gave the Federal Reserve new powers to regulate systemically important institutions. To handle the liquidation of large companies, the act created the Orderly Liquidation Authority. One provision, the Volcker Rule, restricts banks from making certain kinds of speculative investments. The act also repealed the exemption from regulation for security-based swaps, requiring credit-default swaps and other transactions to be cleared through either exchanges or clearinghouses. Other provisions affect issues such as corporate governance, 1256 Contracts, and credit rating agencies.

Dodd-Frank is generally regarded as one of the most significant laws enacted during the presidency of Barack Obama.[1] Studies have found the Dodd–Frank Act has improved financial stability and consumer protection,[2] although there has been debate regarding its economic effects.[3][4] In 2017, Federal Reserve Chairwoman Janet Yellen stated that “the balance of research suggests that the core reforms we have put in place have substantially boosted resilience without unduly limiting credit availability or economic growth.” Some critics have argued that the law had a negative impact on economic growth and small banks, or failed to provide adequate regulation to the financial industry. Many Republicans have called for the partial or total repeal of the law. 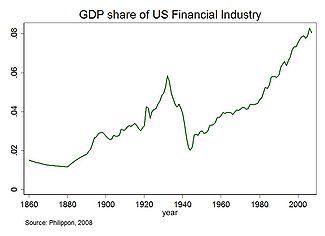 The financial crisis of 2007–10 led to widespread calls for changes in the regulatory system.[6] In June 2009, President Obama introduced a proposal for a “sweeping overhaul of the United States financial regulatory system, a transformation on a scale not seen since the reforms that followed the Great Depression”.[7]

As the finalized bill emerged from conference, President Obama said that it included 90 percent of the reforms he had proposed.[8] Major components of Obama’s original proposal, listed by the order in which they appear in the “A New Foundation” outline,[7] include

At President Obama’s request, Congress later added the Volcker Rule to this proposal in January 2010.[9]

The bills that came after Obama’s proposal were largely consistent with the proposal, but contained some additional provisions and differences in implementation.[10]

The Volcker Rule was not included in Obama’s initial June 2009 proposal, but Obama proposed the rule[9] later in January 2010, after the House bill had passed. The rule, which prohibits depository banks from proprietary trading (similar to the prohibition of combined investment and commercial banking in the Glass–Steagall Act[11]), was passed only in the Senate bill,[10] and the conference committee enacted the rule in a weakened form, Section 619 of the bill, that allowed banks to invest up to 3 percent of their tier 1 capital in private equity and hedge funds[12] as well as trade for hedging purposes.

On December 2, 2009, revised versions of the bill were introduced in the House of Representatives by then–financial services committee chairman Barney Frank, and in the Senate Banking Committee by former chairman Chris Dodd.[13] The initial version of the bill passed the House largely along party lines in December by a vote of 223 to 202,[14] and passed the Senate with amendments in May 2010 with a vote of 59 to 39[14] again largely along party lines.[14]

The bill then moved to conference committee, where the Senate bill was used as the base text[15] although a few House provisions were included in the bill’s base text.[16] The final bill passed the Senate in a vote of 60-to-39, the minimum margin necessary to defeat a filibuster. Olympia Snowe, Susan Collins, and Scott Brownwere the only Republican senators who voted for the bill, while Russ Feingold was the lone Senate Democrat to vote against the bill.[17]

One provision on which the White House did not take a position[18] and remained in the final bill[18] allows the SEC to rule on “proxy access“—meaning that qualifying shareholders, including groups, can modify the corporate proxy statement sent to shareholders to include their own director nominees, with the rules set by the SEC. This rule was unsuccessfully challenged in conference committee by Chris Dodd, who—under pressure from the White House[19]—submitted an amendment limiting that access and ability to nominate directors only to single shareholders who have over 5 percent of the company and have held the stock for at least two years.[18]

The “Durbin amendment“[20] is a provision in the final bill aimed at reducing debit card interchange fees for merchants and increasing competition in payment processing. The provision was not in the House bill;[10] it began as an amendment to the Senate bill from Dick Durbin[21] and led to lobbying against it.[22]

On March 14, 2018, the Senate passed the Economic Growth, Regulatory Relief and Consumer Protection Act exempting dozens of U.S. banks from the Dodd–Frank Act’s banking regulations.[35] On May 22, 2018, the law passed in the House of Representatives.[36] On May 24, 2018, President Trump signed the partial repeal into law.[37]